These 3 things surface immediately for me: 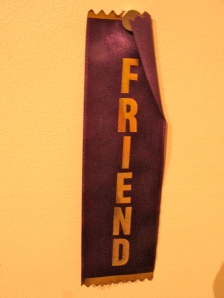 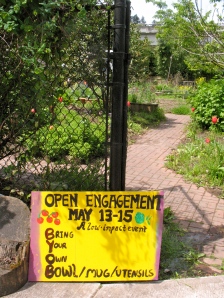 “Modes of self-culture, living working and thinking for ourselves” Julie Ault http://www.leftmatrix.com/aultlist.html

Julie gave a strange brilliant talk comparing the Unabomber Ted Kaczynski with Walden Pond writer Henry David Thoreau – they both lived in cabins in the woods both were obsessed with self-culture: educating, helping, mastering oneself, living a self-constructed and self-regulated life. The concept of checking out, retreating to a cabin in the woods became a viral conference theme.

The attendees were all ages this brought up dynamics, baby-boomer adults that lived the 70s claimed social practice as part of their Hippy movement but the 17-20 somethings answered that the baby boomers need to be reactivated & re-motivated politically cause their ideas have expired.

Exclusivity was sore spot. The undercurrent in the question sessions after a talk exposed many middle aged women who have been teaching social practice in art schools (London England, New England) that were hurt with their lack of recognition after years of work, only to see young MFA students in the limelight.

Also many art students attending the conference complained that there were too many lectures and too few interventions into the streets. I also heard many art students say that social practice is “just a happy feel good strategy to elicit happy feel good responses from others” and that too many social practice projects favor easy craft instead of a rigorous studio practice. Hmm, art IS in a post-studio post-private re-socialized place, and social practice creativity is ruled less by the art money market and more by empathy.

At this moment social art is engaged in what it means to create and transmit narratives – to get involved and transform the persons who participate in and witness narratives.